In honor of the 75th Anniversary of D-Day, the Bower Center for the Arts and the Bedford Public Library System are pairing up to present a WWII and modern Americans at war film series this summer.  There will be a reception and/or discussion following or prior to each of the film screenings.  The Bower Center will also have a special WWII exhibit in commemoration of the anniversary.
For part 2 of our series, we will be screening the film Hacksaw Ridge starring Andrew Garfield, Sam Worthington, Luke Bracey, Teresa Palmer, Hugo Weaving, Rachel Griffiths, and Vince Vaughn.  The film tells the true story of WWII American Army medic Desmond T. Doss, who served during the Battle of Okinawa and was awarded the Medal of Honor despite never using a weapon.  The film has a local connection as the main character, Desmond Doss, was born just a few miles down the road in Lynchburg, Virginia.

Feb 20 @ 8:30 am – 12:30 pm
Volunteers from AARP will be providing FREE Tax Preparation assistance again this year.  They will be at the Bedford Central Library every Tuesday and Thursday from February 4th through April 14th.*   No appointments necessary –[...]
Tickets
Rock-A-Bye Reader @ Forest Library 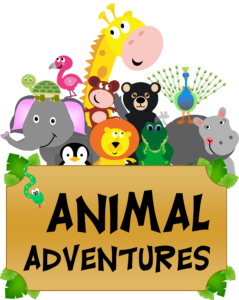 Feb 20 @ 10:30 am – 11:30 am
Books 4 Fun is a preschool program for ages 3-5. Your child will enjoy music, rhymes, stories, crafts, and opportunities to engage in creative play.   The theme for this session is Animal Adventures!
Tickets
Mother Goose On The Loose @ Montvale Library